Aleppo Soap
according to tradition

We produce and distribute certified organic Aleppo soap, scrupulously following the original recipe with quality ingredients, enthusiasm, and patience. The final product is of the utmost quality.

Sarjilla is the name of an ancient city located in the north of Syria, on the road connecting Aleppo to Laodicea.

It was built by the ancient Romans in the Byzantine period. Some ruins date back to 340 A.D., and are well preserved.

Aleppo soap is a natural detergent, unequaled in the world, produced in the faraway Syrian town of Aleppo after which it is named.

It has very old origins, with its roots going back to the traditions of ancient Syria.

The first evidence of the existence of this soap dates back to 2800 B.C. and comes from excavations in ancient Babylon. Its first mention in history is found in the Old Testament in about the 5th century B.C.

After the 9th century A.D. it spread all over the Mediterranean basin.

Sarjilla Organic Aleppo soap is prepared with organic olive oil and organic laurel oil and calls for a careful preparation, besides a very long drying time.

Work begins in November every year, when olives are picked and oil is produced. The oil is cooked slowly. Lye and a percentage of laurel oil, varied according to the product being made, are then added. Next the solidification process of the soap follows when it is spread on specially prepared floors. After some weeks, the bars are cut, stamped, and then stored in tower-like stacks in warehouses with wide openings that allow the air to circulate, promoting the drying process. Its characteristic brown-reddish color is due to soap’s natural oxidation in the air and is an indicator of quality.

Sarjilla organic Aleppo soap is dried for at least 36 months before being packaged, labeled, and put on sale.

We have selected preparations with different percentages of organic laurel oil to offer products suitable for all needs.

The organic Sarjilla Aleppo soap is the basis of the liquid preparations we have formulated with proportions of 20% and 40% of organic laurel oil.

Our organic Aleppo soap is recognized as one of the best in the world. We scrupulously follow the original recipe: high quality ingredients, artisan processing, very long waits to give our soap that natural quality that distinguishes it.

Your logo on our soaps

GRAPHIC DESIGN
We make the label for your products.

WEB DESIGN
Complete support, even on the web and on social media.

BRANDING
Do you need the logo? Get help from our graphic designers!

PHOTOGRAPHY
Get help from our photographers to present your products in the best possible way. 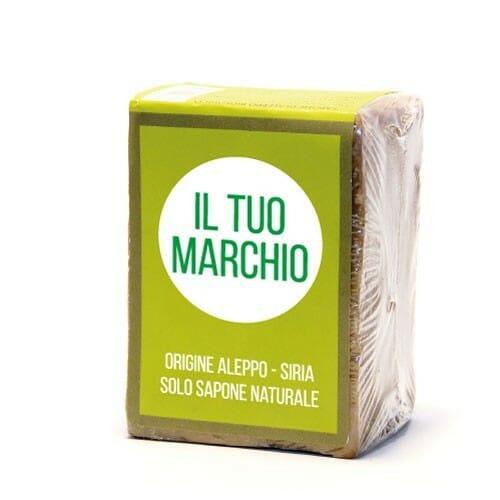 We are present in three countries and produce one of the best Aleppo soaps in the world.

Sarjilla Aleppo Soap
Our Ingredients
Shop on line
Contact us

Stay up to date